Congratulations to the Hudson Bay Regional Park for winning Park of the Year, 2011 and Park on the Move, 2010

The Hudson Bay Regional Park was awarded Park of the Year 2011 at the Saskatchewan Regional Parks Association Spring Convention April 1, 2011. The Park of the Year Award is to acknowledge a Regional Park who stands out from the rest by providing outstanding facilities and services to the public. This year’s honour follows the Park on the Move Award, which the park won in 2010.

The Hudson Bay Regional Park located 2 km south of town has much to offer the tourist all year round. The junction of the Fir, Red Deer and Etomami Rivers is adjacent to the Park and this junction is the site of the remnants of a 300 year old fort. Close to the Park is a tobogganing hill which is popular with the townspeople. Sitting benches are located throughout the park to enjoy views of the river and surrounding scenery. Try your luck fishing in the Fir River.

There are four locations in our Province that feature the rare and endangered Ram\’s Head Lady Slipper, and the Hudson Bay Regional Park is one of them. In fact, there are 21 different orchid species in this area of which seven of them endangered. The Ram\’s Head Lady Slipper has been designated as Hudson Bay\’s official flower. Other interesting vegetation are recored in a brochure and can be seen along the nature trails in the Park. 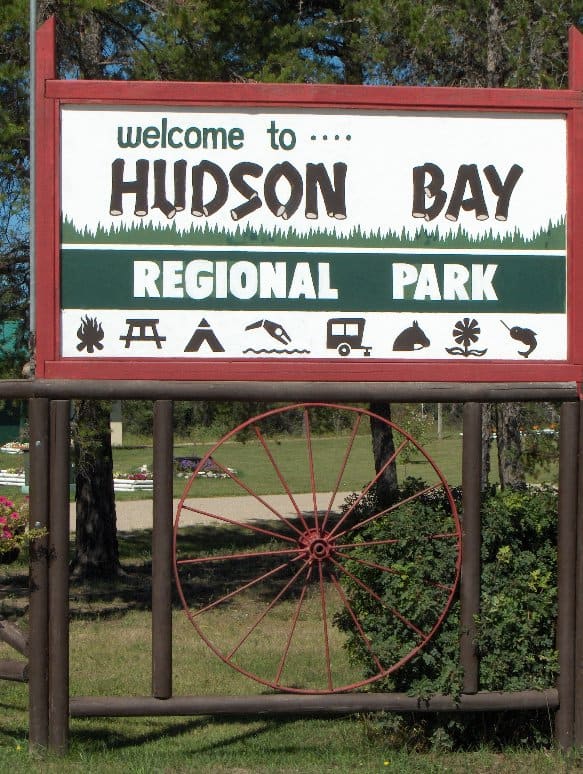 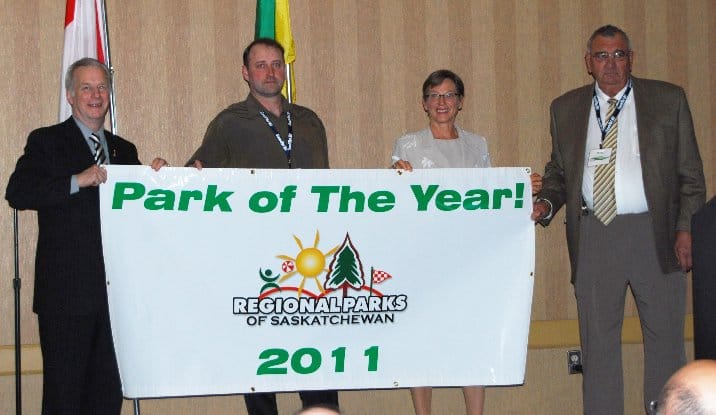 Click Here for a copy of the South Regional Park Site with Campground Map.

Click Here for a copy of the Ruby Lake map.

Picnic Sites can be found along the river\’s edge at the “Springs” surrounding the playground area.

The playground is a busy place for youngsters with swings, teeter-totters, merry-go-rounds, playhouse and a tunnel of mist. For older children and adults there are two nature trails of varying lengths, badminton, volleyball areas, soccer field and horseshoe pits.

One of the main attractions at the park for years has been The Bowl, a natural amphitheater. Recently the Bowl has had a face-lift and now boasts three shale ball diamonds and a concession stand and is an outstanding ball facility. These three diamonds supplement the four in town and ensure the running of any size tournament.

Another excellent facility is the Nine-Hole Golf Course with grass greens on a slightly rolling landscape featuring tree-lined fairways that can be a challenge to any golfer. The Golf Club takes a great deal of pride in their organization and facility. Their modern clubhouse is equipped with a lounge and pro shop and provides a place for members and visitors to relax between rounds. Regular fun and competitive tournaments are run throughout the summer and visitors are always welcome. Join the Hudson Bay Golf Course facebook group to stay informed. Click Here.

The Red Deer Downs, which opened in 1982, features an excellent oval horse racing track. The Red Deer Saddle Club hosts an annual rodeo with chuck wagon and chariot racing, gymkhana and horse show events in the show arena during the summer months. Also found at the Downs are a concession stand, clubhouse, riding arena and silhouette range.

Pineview Cross Country Ski Trails consist of approximately 30 km of groomed trails which offer a scenic trip through pine and spruce groves. Entrance to the trails is shared with Red Deer Downs. There are several challenging routes to choose from or venture into the wilderness and make your own trail over hills, meadows and frozen rivers. Work is presently under way to extend the trails. Cross Country Ski Trail map is available; click here.

The Pasquia Gun Club, with 40 – 50 members, looks after another popular facility within the Park boundaries. The rifle-handgun range is presently being relocated. There are facilities for trap shooting, and the clubhouse features an indoor range. Their silhouette range is located within the Red Deer Downs.

All in all, the Regional Park has much to enjoy for both young and old during any season of the year. 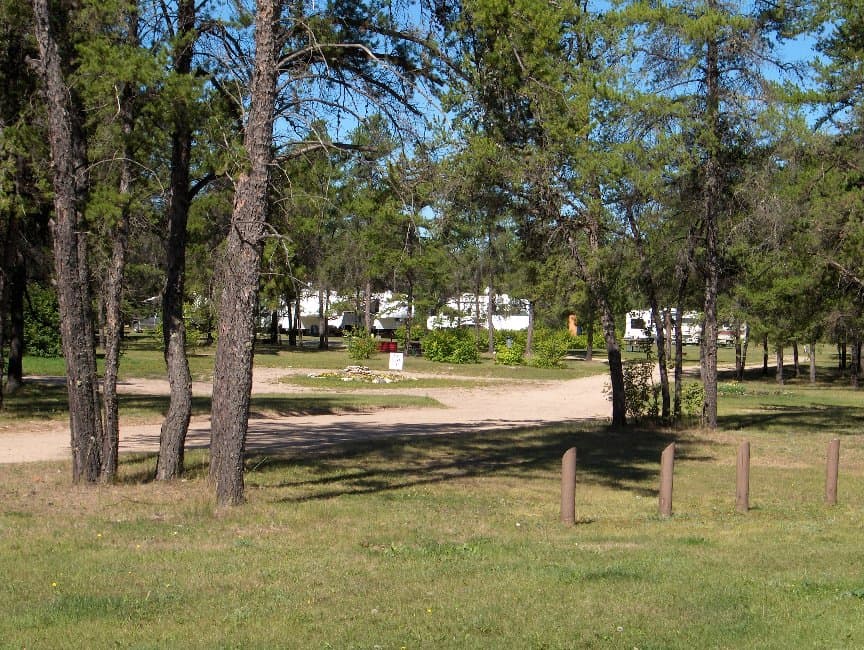 The Regional Park also has camping facilities, picnic areas, a covered camp kitchen, a playground, hiking trails and many recreation facilities. The camping area consists of 36 electrical sites, 23 sites with 30/15 amp service and 13 with 15 amp only. It also consists of 6 tenting pads, central RV sewage disposal, showers and washroom facilities.