The Hudson Bay Allied Arts Council is part of the Organization of Saskatchewan Arts Councils.

The Allied Arts Council also participates in the organization of Saskatchewan Arts Council’s Art on the Move which tours works by Saskatchewan artists and the permanent collections of such agencies as Saskatchewan Sport and the Saskatchewan Wildlife Federation. These art displays have been particularly valuable to Hudson Bay schools which have toured hundreds of children through the exhibits.

The Hudson Bay Arts Council attempts to bring a variety of arts to our community. Several times a year they bring an art or “visual art” show to Hudson Bay. They also host three or four concerts of live performers each year. They try to bring a variety of both art and live performers so that people are introduced to new ideas and music, as well as the things they love, close to home. They want all residents of Hudson Bay and area to enjoy “the arts” in an affordable fashion and so try very hard to keep their ticket prices as reasonable as possible.

Tickets can be bought for each individual show, and they sell “season tickets” in late summer/early fall. Season tickets give you a cheaper price to each of the live artist performances.

Funds are raised through ticket sales and a yearly raffle, as well they are dependent on grants and donations.

The Allied Arts Council would like to thank all of the volunteers who sit at the art shows, donate lunch for the performing arts presentations, help set up and take down and a myriad of other tasks.

The Chamber of Commerce is an organization of business, professional and other people who share their viewpoint of promoting good government at all levels, as well as promoting the commercial, industrial, social and civic interests of the community. 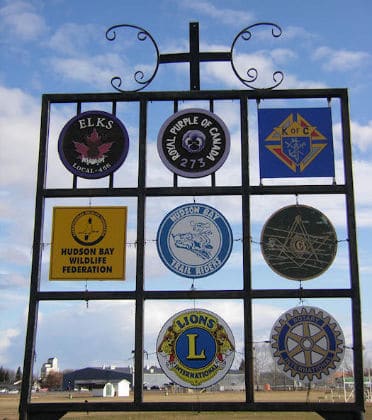